Mindfulness – and how to work with panic attacks

2nd May 2018
by Suryacitta
Around 10 years ago I spent a month in Nepal with Gaynor my wife trekking the Himalayas, it was a good trip. Whilst there I must have contracted some sort of virus which my body didn’t like.
One evening whilst having a meal together I felt awful, I was sick and needed to go to the bathroom.
I actually passed out and my wife got me back safely to our hotel. The next day there was so no sign of anything amiss. 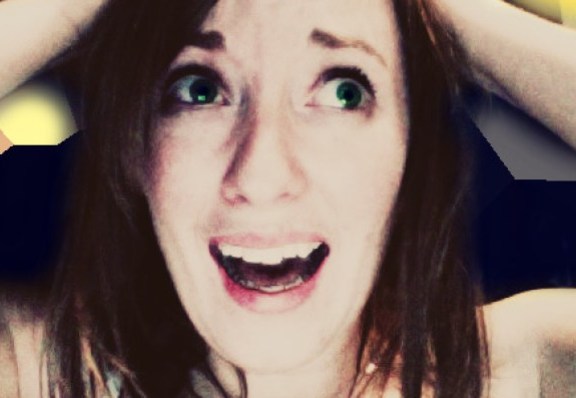 I had another ‘attack’ whilst teaching in meditation a few months after getting home, but because I was teaching meditation I just asked the group to have a silent period, the ‘attack’ passed after a few minutes. This ‘attack’ though was nothing like the one in Nepal, I just felt a little faint but knew it was connected. After a few minutes, it passed and all was well again.
A couple of years after getting back I had the ‘big one.’ I am actually not sure if it was connected to the first episode in Nepal but felt very similar.
I was having an Indian meal with the family, there were about 20 of us and we were having a great time. At some point towards the end of the main meal, I started to feel uneasy.
Some family members noticed that I looked ashen, drained of blood, it felt really weird. Present were our 9-year-old nephews and I did not want to alarm them too much.
So my ‘awareness’ practice kicked in. I knew something was happening to my body, and I couldn’t stop that happening. However, what I did know is that I did not need to go into a mental panic about this. So I started to use mindfulness as a way to observe what was happening.
I started to talk my self through the episode. I knew that by talking myself through what was going on, a ‘part’ of me was not involved in the event.
I felt sick, so I said to myself, “there is a sick feeling.” I then noticed the heart pounding like a drill hammer, and said to myself, “the heart is pounding.” I had thoughts that I was going to die, so I repeated to myself, “having the thought that I am going to die.” I was just commentating on what was happening because I knew that to fight it was futile and would be like pouring fuel the fire.
I passed out for a minute or two but when I came conscious again I continued to talk myself through what was happening. A family member called the ambulance and they did checks but found nothing at all wrong, which did not surprise me.
The point of me telling you this is because when something happens which triggers emotions and uncomfortable sensations in the body, it does not need to lead to mental panic.
When these panic attacks happen we can stay aware. If we stay aware and grounded we don’t go into a spin, we can keep our composure.
Often what happens is that we start telling ourselves about all the bad things which may happen when we have panic attacks and if we believe these thoughts they, in turn, create more panic. It is like the bodily emotions are a fire and the believed thoughts are the fuel. When we believe and get caught in these thoughts we are pouring fuel on the fire of emotion.
A fire, if not fed with fuel eventually burns out, everything needs nourishment/fuel to stay alive. So we can learn not to fuel the fire of panic and let it burn out.
Getting caught in our thoughts like this is called Upadana in the Buddhist tradition. It is when we get hooked into the story about what may happen. To read more about Upadana you can see my book A Mindful Life.
If we can keep our composure then we can remain a little clearer if something does need to be attended too. We may need to call for help, we may need to get an ambulance, but losing our grounded-ness never helps, whatever the situation.
If panic attacks happen often then we may need some guidance on how to attend to the blocked emotion which is the source of it and how to release it.
By Suryacitta
Tagged as: Mindfulness, Suryacitta
Share this post: