A new take on the benefits of retreats 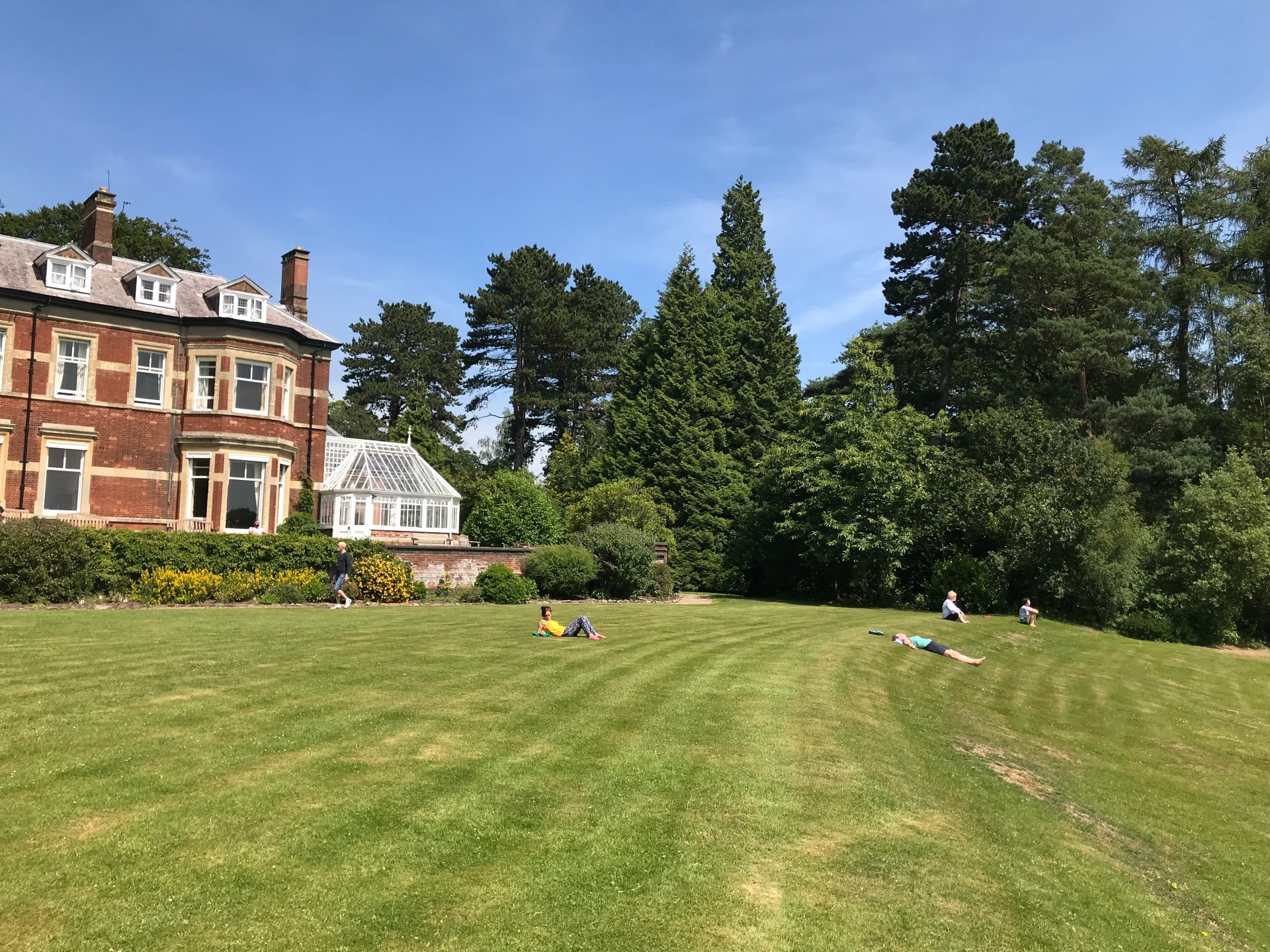 A new take on the benefits of retreats - by James Hodgson
Pre-covid we spoke to James about the retreats we run at Mindfulness Unleashed and contributed to his research. In the spirit of sharing and supporting he has written up his research and is sharing it here in a blog.
Going on retreat, connecting with others?
James Hodgson
In many ways, going on retreat seems like a solitary sort of experience. You leave behind your friends, family, co-workers, and you give up everyday life, responsibilities, cares and frustrations, for some quality time on your own.
On some meditation retreats you might spend your time reflecting, practicing meditation and mindfulness, walking through a forest or simply staying silent for a week. You might work on transcendental mantras or wake up at five a.m. to practice yoga. But research tends to think of retreats in the same way: as “me” time, and even (uncharitably, perhaps), as an example of the contemporary obsession with the self.
My research suggests otherwise, that retreat-going may be more collaborative than first appears. I carried out in-depth interviews with 27 people, retreat-goers and retreat-owners. And much of the talk I listened to was about how important other people were to the experience. Some told me about the unexpected bonds they formed, which were often ‘profound’, ‘mysterious’ or ‘inexplicable’. Some made friendships with other retreat-goers completely in silence. They might have just started walking together, spontaneously, every morning. Wanda (41) did just that, befriending her neighbour on a silent retreat without uttering a word. They remained friends when the retreat ended, and they could talk again.
For example, Olivia (39) went on a woodland nature retreat, isolating herself from others to meditate and contemplate her life. But she soon grew bored and made a twig sculpture in a clearing of the wood. The next morning, she discovered – to her delight – that another retreat-goer had built on her sculpture by adding some foliage of their own. And so she added more. And the next morning, more was added by her fellow retreat-goer.
‘I had nothing to do,’ she said, ‘so I would go and see Stick Man [her name for the sculpture] in the morning to see what had been added. It was literally the highlight of the day.’
The sculpture developing like this over the course of the retreat. Olivia told me that Stick Man the most exciting thing that happened to her in the woods. It was a connection with another that felt creative and playful, but also mysterious.
Simon (54) went on a retreat after going through a painful divorce. He spent the day meditating in silence next to a young woman. When the session was over the two went swimming in a near-by lake. They never broke the silence, even after they returned to shore. And Simon could not explain how it had happened.
Scholars think that support groups work partly because people do not know each other. Relative anonymity allows people to experiment with their own identity – maybe in ways they are not used to, like having compassion for themselves, or talking about difficult experiences. The safe space of a support group minimizes the risks for their everyday sense of self.
And my research suggests that the same thing happens on retreat, but in terms of relationships. Retreats offer people sustained contact with a group of total strangers. Without much information on who you will be on retreat with, you can connect with others in new ways, or ways you might feel were impossible. This is a sort of ‘relational blank slate’.

There is another important dimension at work: the sense of connection. My participants often reported mystical bonds or mysterious atmospheres. This was often startling, heady, even overwhelming. As his retreat went on, Robert (57) described how the feeling in the room changed
It drives you nuts after a bit. The atmosphere thickens. People start . . . odd things start to happen. Somebody might collapse in hysterical laughter, or somebody might burst into tears.
Anthropologists have described the mystical sense of connectedness that emerges during rituals and festivals, where people report a sense of commonality and shared humanity. But in retreat-going there is a sense of unexpectedness and surprise – and anthropological explanations don’t quite capture that.
Sociologists might be able to fill the gap and explain why the sense of surprise feels so significant. Jennifer Mason, a British sociologist, has highlighted how chance connections and impromptu relationships are often startling, surprising and magical - and just as meaningful as connections made in more familiar contexts, like the workplace or the home. Accidental meetings, finding out you are related to someone you didn’t expect, or feeling an intense but inexplicable connection to landscape, weather or even music: these can all move us in ways we don’t expect. And moreover her work aptly captures some of what I found in my data.
My work contributes to a growing field about the importance of relationships for wellbeing. I suggest we focus more attention on connections that spring up in unpredicted or unexpected ways. Going on a retreat may be one way people seek to improve their well-being by attending to the sorts of relationships they make with others. People may even go to re-enchant and rejuvenate their relational lives. The relationships themselves may be the point of going on retreat, not just an after thought.
James is doing further research - so if you’re interested in contributing your experience you can get in touch with him directly at
james.hodgson-2@manchester.ac.uk
OR we can connect you, just let us know.
See our retreats HERE
Share this post: